Our vehicles are a huge part of life. We take them everywhere, they haul our stuff, and sometimes we use them to prop ourselves up. Most people have probably leaned against their vehicles, put a cup of coffee on the roof, and maybe thought about sitting on the hood when visiting with friends. But can you sit on the hood of your car? And can the roof take your weight? We think that the answer to both questions is: mostly yes. But there are some things to think about before you decide to throw away your lawn chair in favor of your Corolla.

You May Like: What are the best commuting cars?

Sitting on the hood of a car 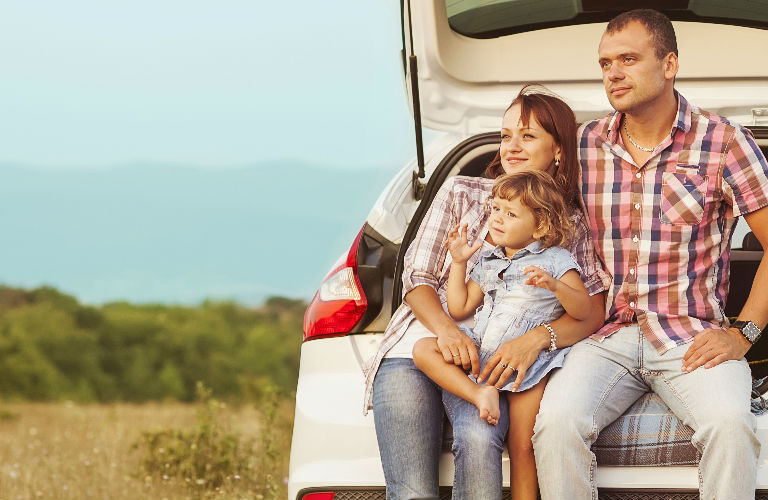 This is probably the safer way to sit on a car…

When it comes to performance, we have never heard of someone breaking their engine (which is different from breaking in the engine) by sitting on the hood. Most people’s weight is evenly distributed, and the pressure of the person won’t get as far as the engine to actually damage it. That said, there’s probably one awful car out there that will collapse if you sit on it, so move cautiously and test how far your hood sags before you put your full weight on it.

Also, while you may not permanently break anything sitting on the hood of your car,  you could definitely leave dents or scratches, especially if you try standing up. So, we advise caution.

Can the roof of my car support my weight?

Again, we can’t speak for every car ever made, but most vehicles have enough roof strength to actually support their own weight several times over. In Insurance Institute for Highway Safety crash testing, a “Good” roof strength test means that the vehicle can support up to four times its own weight before collapsing. This means that a single person, or even a couple can probably sit on the roof of car without braking it.

That said, you should still definitely be careful about leaving scratches, and if dents bother you then this is a definite no. While the roof as a whole will be fine, you may get some significant dents sitting on the roof of your car.

While we do think most vehicles are fine to sit on, there are probably some where it wouldn’t be safe or smart. Try at your own risk! And, there are a lot of people who are very possessive about their vehicles. Don’t even think about touching their cars, much less sitting on them, or you may end up with some dents of your own!

How to Maintain your Vehicle’s Engine?

How to Wash Your Car Correctly?

This entry was posted on Wednesday, May 9th, 2018 at 8:24 pm and is filed under Tips and Tricks. You can follow any responses to this entry through the RSS 2.0 feed. Both comments and pings are currently closed.