For whatever reason, you might find yourself in possession of a car that’s not titled in your own name. Is it possible (and legal) to sell the vehicle in this situation? Let’s take a look. 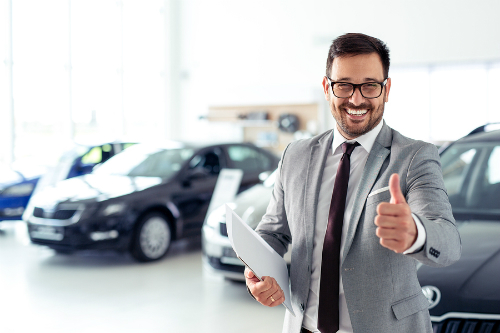 Get the Title Signed

The easiest way to sell a vehicle under another person’s name is to get the person (or persons) who are named on the title to sign it. This will effectively give you the ability to verify your ownership of the vehicle and to sell it.

However, while it is possible to sell a vehicle to some buyers with only a signed title, this is actually illegal and referred to as “skip titling.” Under the law, once you have a title signed by the original owner, you should title the car in your name officially through the state government. This will allow the state to collect the fees and the taxes they are due from your ownership. The rule applies to all those who do not have a car dealer license.

Read More: Is a vehicle with a salvage title insurable in Austin, TX?

Selling a Car as an Agent

Some buyers will not buy a car without the seller’s name on the title. If you are acting as an agent in selling a car for someone else, the best way to complete the transaction is to have the buyer and seller meet in the final stage so that the titled owner can sign the vehicle directly over to the buyer.

If you are the executor of a deceased person’s will, it should be no problem to sell their vehicle if you have proof of that. Another circumstance is if the vehicle owner has given you a power of attorney for the purpose of selling the vehicle. These are two other ways in which you can sell a vehicle not titled in your name.

Read More: Vehicle Identification Number- Where is it on your car and documentation?

If you obtain a vehicle that has been deemed abandoned, you can get it titled based on the regulations of your state.

How to Maintain your Vehicle’s Engine?

How to Wash Your Car Correctly?

This entry was posted on Monday, May 6th, 2019 at 6:41 pm and is filed under Tips and Tricks. You can follow any responses to this entry through the RSS 2.0 feed. Both comments and pings are currently closed.